Your browser is not supported

Your browser is too old. To use this website, please use Chrome or Firefox. 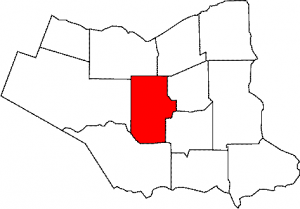 Pelham Township was part of Welland County since the late 1780s. The Town of Pelham (est. 1970) derived its name from Pelham Township which was so named by John Graves Simcoe in the 1790s. Simcoe gave names to the Townships of Niagara that were created to provide land for Loyalist refugees, disbanded troops former rangers and others after the British defeat in the Revolutionary War (which ended in 1783) . At the beginning, the townships were only numbered and not named. The policy of Simcoe was to adopt township names from England. Pelham was named after the Pelham family though it unsure which particular Pelham family member it is attributed to – either Henry Fiennes Pelham-Clinton (nephew to 2 Prime Ministers and considered powerful and influential), or Charles Anderson Pelham (a quiet MP who spoke only once in 26 years in the House of Commons).[2]